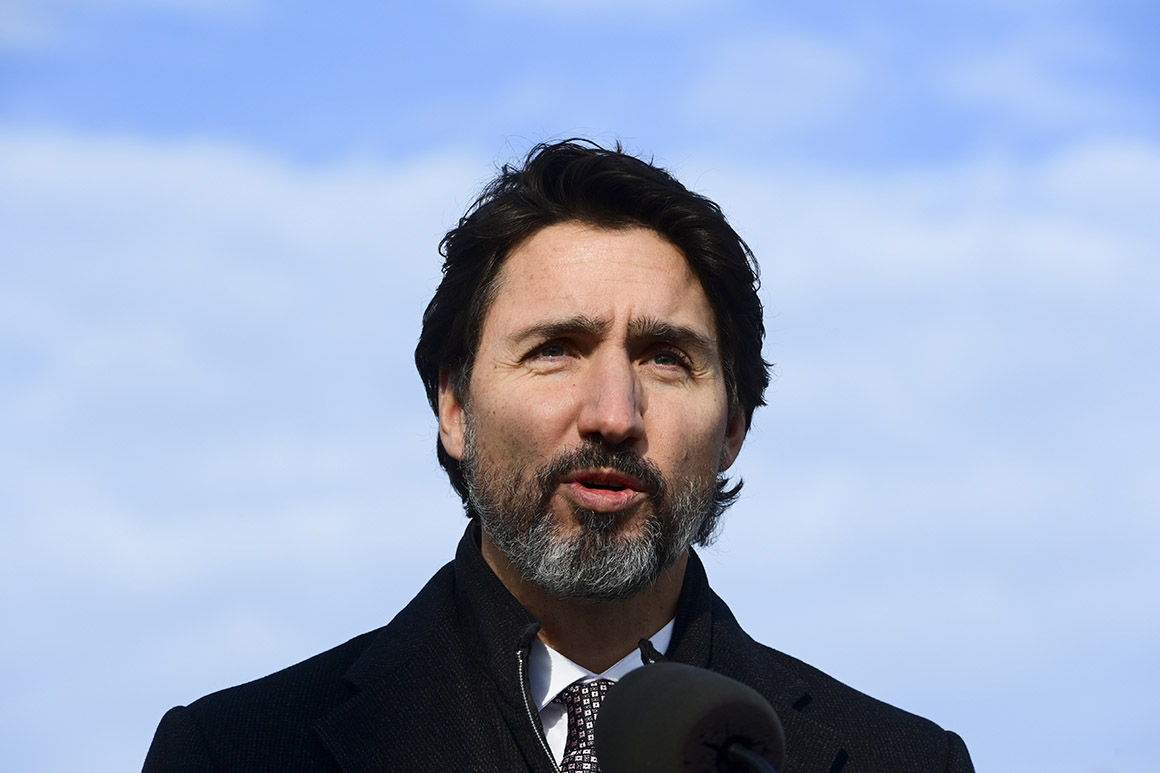 The war on Christmas has come for Thanksgiving, with U.S. health officials warning against holiday travel as Canada serves as a cautionary tale of what happens when families get together in a pandemic.

Six weeks after Canada’s Thanksgiving, the Covid-19 crisis is hitting a break-glass moment in the nation of 37 million after holiday gatherings appeared to catalyze the spread of the coronavirus. Canada has gone from diagnosing more than 2,000 cases per day in mid-October to an average of 4,776 cases daily in the past week, according to Public Health Agency of Canada modeling released Friday.

Few Canadians fly to grandma’s house for a turkey dinner, so the spike there could offer just a taste of the pain Americans could see after next week’s holiday — usually preceded by the biggest travel day of the year in the U.S.

Health experts are desperately warning Americans not to fly, train or drive to see family and say that absent changes to Americans’ typical holiday season behavior, a traditional Thanksgiving dinner could lead to thousands more funerals by Christmas.

More than 250,000 Americans have died from the disease since March. Canada had kept the pandemic in check compared with its neighbor to the south, but the new surge has officials there sounding caution as well.

An urgent warning against travel came this week from the U.S. Centers for Disease Control and Prevention after more than a million new Covid cases were recorded over seven days. Some governors and state officials have been even more blunt: stay home.

“What’s at stake is basically the increased chance of one of your loved ones becoming sick and being hospitalized and dying,” said Dr. Henry Walke, the CDC’s Covid-19 incident manager. “And around these holidays, we tend to get people together from multiple generations.”

AAA forecasts Thanksgiving travel to drop at least 10 percent from 2019 — the biggest one-year decline since the 2008 recession — but notes that CDC and state guidance will likely convince even more prospective travelers to stay home. Still, the high end of that forecast is 50 million Americans hopping in cars or onto planes to sit down to tables with all the trimmings.

So while some Americans are planning for Zoomsgiving, Canadians are dealing with a post-Thanksgiving surge. And now, talk about Christmas is dire.

New public health modeling projects that Canada could see up to 60,000 new cases of Covid per day — more than a dozen times current levels — by the end of December if people increase their contacts and celebrate the holidays as normal. Even the status quo for Canadians would translate to more than 20,000 new cases daily, according to the projections, or about five times higher than today. The runaway numbers have been attributed in part to Thanksgiving gatherings.

Trudeau implored Canadians on Friday to stay home and avoid traveling if they can. “In the coming weeks, we need to flatten this curve,” he said.

The comments were a significant change in tone for the prime minister who suggested to Canadians throughout the fall that they had “a shot at Christmas,” provided they hunker down. “We all want to try and have as normal a Christmas as possible even though a normal Christmas is, quite frankly, right out of the question,” Trudeau said Friday.

Provincial premiers have been reluctant to reimpose the stark measures from the spring on their residents for fear of further damaging economies. Still, some have flirted with greater restrictions as cases continue to mount — Ontario just announced new lockdowns in hot spots, and Quebec has a plan to allow gatherings of up to 10 people for four days around Christmas while imploring residents to self-quarantine for a week before and after the events.

Throughout the U.S., governors are increasingly instituting limits on public and private gatherings and testing and quarantine requirements for those who choose to travel out of state. 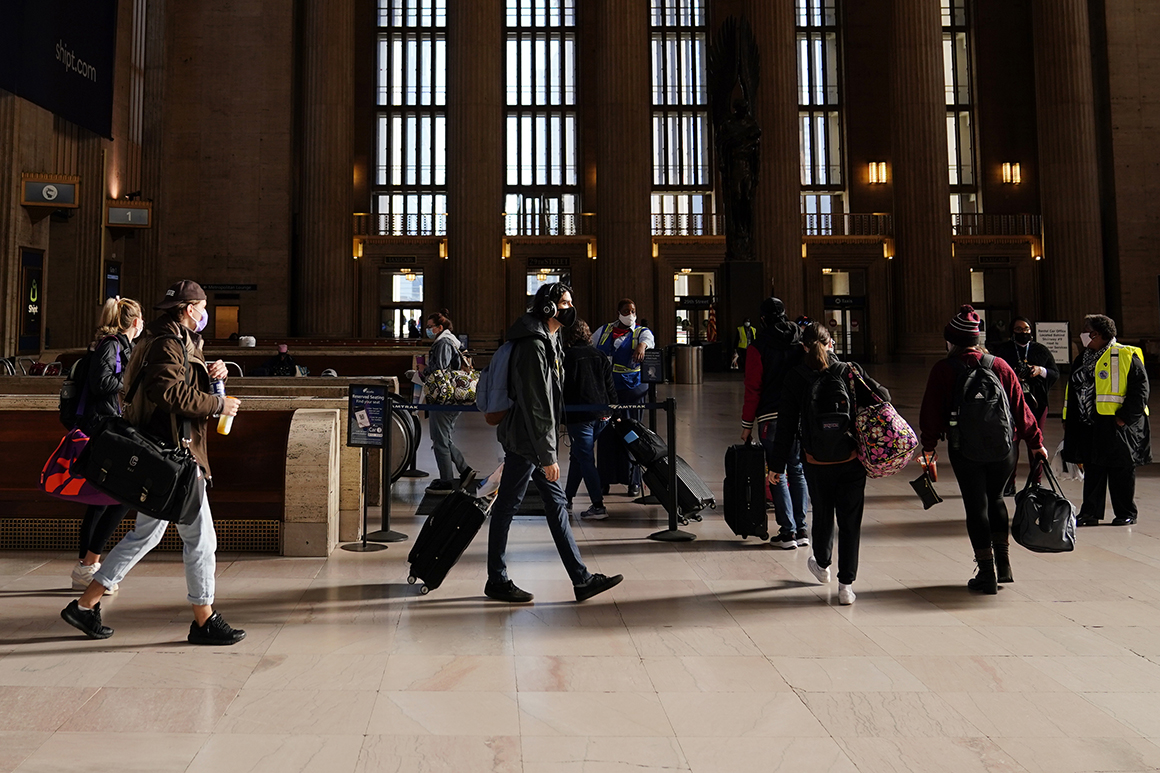 A bipartisan group of Midwestern governors urged their residents on Tuesday to adhere to public health guidelines when celebrating this week. New Jersey tightened its limit for indoor gatherings to 10 people, akin to New York’s requirements for indoor and outdoor get-togethers. California, the nation’s most populous state, is now imposing a 10 p.m. curfew.

Several states, including Alaska, California, Connecticut, Hawaii, Maine, Massachusetts and Vermont, have instituted quarantine or testing requirements for out-of-state visitors. But the thresholds are hardly uniform, and the requirements themselves are difficult to enforce.

In both countries, the holidays coincide with growing Covid fatigue and colder weather that is moving social gatherings indoors, factors that are surely fueling case spikes. Add to that conflicting messages from government officials about how to approach the holiday season and Canada and the U.S. each have recipes for potential disaster.

The Trump administration’s top health officials implored Americans on Wednesday to adhere to CDC guidelines and to state and local directives. The same day, the White House press secretary described state-level travel warnings as “Orwellian” — even though the president has delegated the pandemic response to lower levels of government. Trump trade adviser Peter Navarro on Friday called Democratic governors’ lockdowns “a regressive tax on the poor.”

Even Trudeau’s rhetoric on the holidays and the government’s response to the virus has shifted over time.

Most of Canada shut down in the spring as government and health officials scrambled to learn more about the virus. Now in the country’s second wave, Trudeau has let provinces, which are responsible for providing health care in Canada, take the lead in deciding what restrictions are necessary in their jurisdictions. He’s stopped well short of invoking a law that would give the federal government greater control in locking down the entire country, insisting it’s unnecessary, though he’s begun prodding certain provinces to do more to protect their citizens.

And now, the efforts by Trudeau and Theresa Tam, Canada’s chief public health officer, to save Christmas are colored by the latest modeling.

Trudeau warned earlier this week that the holiday season “will be different this year” depending on certain factors — “what region of the country you’re in, what people are able to do between now and the holidays in order to flatten the curve, to reduce the number of cases.”

Tam suggested Canadians have “the talk” with family members about expectations they must meet in order to spend Christmas together, such as limiting contact with those outside their households for 14 days before a visit or wearing masks inside the whole time.

“We have every chance to bend the curve,” she said Friday.

With Americans eager to see friends and family, the travel industry this week had to walk a tightrope between promoting air travel as safe and acknowledging the health risks of holiday travel spelled out by the nation’s top doctors.

“The CDC advised that people should reconsider their travel plans. This further underscores the need to be really smart and highly vigilant on health and safety protocols if you’re going to choose to travel,” said Roger Dow, president and CEO of the U.S. Travel Association.

“I’d rather have a little less travel now to come back more quickly down the road.”

Sam Mintz contributed to this report.

19th-Century Ship Is Revealed by Storm Erosion in Florida

‘From the Front Lines,’ Stories of Resistance and a Movement for Black Lives

City Without a Pulse

Are you on the list? Biden’s democracy summit spurs anxieties — and skepticism